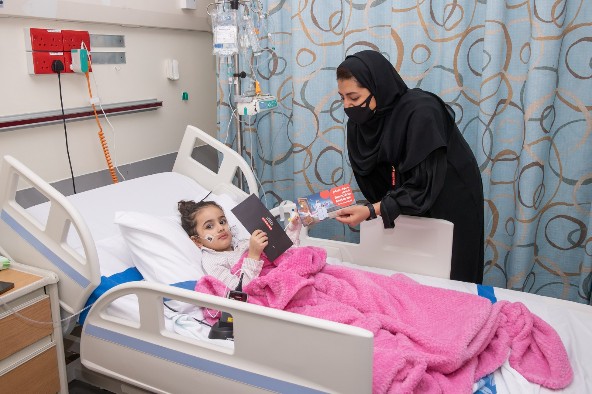 Ooredoo Group has announced operating companies across its global footprint carried out a range of corporate social responsibility initiatives during Ramadan.

Activities and initiatives were aimed at providing support to the communities in which Group companies operate, in alignment with its corporate social responsibility strategy.

Speaking of the annual activities, Sheikh Mohammed Bin Abdulla Al Thani – Deputy Group Chief Executive Officer at Ooredoo – said: “We place great emphasis on our annual Ramadan CSR strategy and initiatives; as a leading telecommunications operator and an integral part of the communities in which we operate, we believe we have a responsibility to our communities to offer support wherever and whenever possible. Ramadan is the ideal time of year for us to demonstrate our commitment to this responsibility in a practical way, as is evident in the many activities organised and carried out by our operating companies. To see so many valuable initiatives successfully rolled out across the countries in which we operate is always incredibly rewarding, and a source of great pride to the Group.”

In Qatar, Ooredoo released an annual CSR campaign for the Holy Month. This year’s hashtag was #BlessedMoments, with a focus on acceptance, tolerance, inclusion and peace. The campaign highlighted the benefits of maintaining open lines of communication – and keeping doors open – in creating strong, connected communities. A video was created encapsulating the campaign message, depicting how open doors create bonds, build bridges and strengthen communities. The video can be viewed at https://www.youtube.com/watch?v=MlNwm4PLpVg&ab_channel=OoredooQatar.

The company reprised a number of CSR initiatives for which it has long provided support: delivery of gifts to patients with kidney disease; delivery of treats to help young residents celebrate Garangao; visits to medical institutions including those caring for children and the elderly; and distribution of iftar boxes to teams of workers. The iftar box initiative also aligned with the company’s aim of promoting sustainability, as the boxes carried stickers encouraging recipients to dispose of packaging responsibly and keep the country clean.

Ooredoo Qatar also renewed its support for non-profit organisation Education Above All, to help raise awareness and funds for educational projects that enable access to education for under-privileged children. The company has also supported Qatar Charity, being Platinum Sponsor of its Ramadan charity event being held to raise as much as possible this Ramadan to help those in need.

Ooredoo Algeria carried out Operation Khir Rabi, in partnership with the Ness El Khair Foundation, which involved the distribution of food packages to families in need across 10 provinces. Donations to the IHCENE Association saw restaurants named Errahma opened, and straw baskets distributed to families in need in 4 provinces. Additionally, the operating company launched an initiative to collect plastic bottle caps in order to support children suffering from xeroderma pigmentosum.

Ooredoo Palestine’s support for its communities during Ramadan took a practical form with the distribution of water and dates in the West Bank and Gaza, so that those in the area could break their fast. The operating company also organised community-based activities in Gaza, supported media outlets and provided support to charity organisations in Jerusalem, Hebron and Gaza.

In partnership with Mission for Migrant Workers Maldives (MMWM), Ooredoo Maldives distributed iftar packs to worker communities every Friday during the Holy Month. The operating company also encouraged donations to charities and non-governmental organisations via its money platform, m-Faisaa, and established the Kandoodhoo Mirus brand in collaboration with Kandoodhoo Island council to promote a locally produced chilli and connect the people of the island to new opportunities and socio-economic growth.

Ooredoo Maldives also activated a free prayer alert service via SMS, as well as free madhaha on its ReethiTunes service. Customers could also make Zakat payments to the Islamic Ministry via m-Faisaa on the Ooredoo App.

CSR activities at Ooredoo Oman centred on fostering a stronger community, with the company reprising its annual Ooredoo Goodwill Journey visiting communities across the country supporting those in need. Volunteers delivered food, appliances and gifts to various establishments supporting women, children, the elderly, hospital patients and children with disabilities.

The company also expanded its SMS donation service and launched a donation service through its App, enabling customers to donate to a range of charities in Oman, and ensured its employees were all aware of its CSR activities with twice-weekly quizzes.

Ooredoo Kuwait partnered with Al Najat Charitable Association to promote various charitable initiatives via SMS, and supported its Iftar and outreach programmes to help those in need. Social media was used to share videos with information on fasting and nutrition, and Iftar events were organised for staff.

Ooredoo Tunisia launched its CSR programme, tounest3ich.com, with the announcement of Red Crescent as its first partner. Covering education, health, environment, social development and sports, the programme’s first initiative was the distribution of 600 food packages to 600 families in need across different regions of Tunisia. The Ooredoo Night Run at Habib Bourguiba saw more than 3,000 Tunisians gathering to run in support of children with cancer, and the company marked Eid with the distribution of Eid outfits to orphans at SOS Siliana.

Sheikh Mohammed concluded: “We consider our annual CSR activities and initiatives a credit to our teams across our global footprint. We would like to extend our thanks to all our operating companies for their dedicated efforts this Ramadan, and to our loyal customers for their support, which enables us to maintain our position as a leading telecommunications operator and fulfil the obligations we create for ourselves as part of our CSR strategy.”